Opening Footbridge for Pedestrians and Bicycles

From a structural as well as architectural point of view, the bridge consists of three sections:
– A fixed section on the Quai Alexandre III side, 5 metres wide and approximately 32 metres long,
– A central opening section, 24 metres long and 5 metres wide, which constitutes the largest single section of the structure,
– A fixed section on the Quai de l’Entrepôt side, measuring approximately 72 metres in length, with a total width of 10 metres, two times 2.5 metres in way of the 5-metre wide sliding opening.
The spans located between each quay (Quai Alexandre III and Quai de l’Entrepôt) and the first row of piles do not bear on the quay but are cantilevered on the steel structure. This arrangement makes it possible to avoid undertaking work on the quay’s current surface. 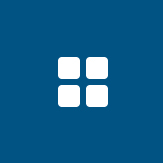